Did you see Brad Zint's piece in the Daily Pilot, HERE, in which he tells us that representatives of one of the two competing Medical Marijuana Initiatives for which petitions are being circulated in the city presented more than 11,000 signatures to the City Clerk Tuesday, and that she and her staff did their processing of the paperwork and delivered it to the Registrar of Voters for validation of the signatures Wednesday?

I found the article, and what it represents, to be fascinating - particularly in light of councilman Gary Monahan's recent botched attempt to get his fellow council members to join him in support of his own Medical Marijuana Initiative recently.  As Zint mentioned, on the sly he had help from contract City Attorney Tom Duarte in stealthily crafting his initiative, apparently without so much as a heads-up to his fellow council members.  He sprung this on them with very little time for them to consider the issue.  As a result, his proposal received NO SUPPORT from the council - not even a second to his motion.

Personally, I don't think his initiative was all that great, but apparently the spokesman for this new initiative did.   I'd rather have a strong ordinance in place to manage the sale of Medical Marijuana BEFORE something like this new initiative lands at our feet so we, the city, can call the shots about how this issue is managed.  Monahan blew that one for us in his haste.

Zint also said Monahan's proposal "didn't get much vetting from the council or the Police Department."  Well, yeah!  The council had it sprung on them and Monahan didn't have the common courtesy - or the wisdom you'd expect from a guy who's spent practically half his life on the city council - to discuss it with members of the Costa Mesa Police Department.  Then, again, if you don't like to hear the word "NO", just don't ask the question, right?

In my opinion, here's what should have happened.  Monahan should have consulted with the CMPD and held a study session on the issue, during which all the apprehensions of his fellow-council members could have been addressed.  The result should have been an ordinance about how Medical Marijuana would be handled should it EVER be approved for sale within the City.  It would have prescribed how many and where such "dispensaries" could be located.  More important, it would have had a BIG tax attached to it.

That tax would be collected and earmarked to be used EXCLUSIVELY for youth activities - sports, drama, choir, cheer, etc. - in the city and dispensed to a third party - maybe the Costa Mesa Foundation - for vetting of groups based on pre-determined criteria and distribution of the funds. 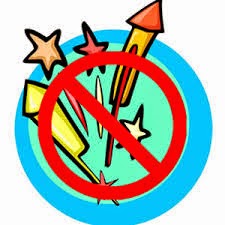 Then, we would get rid of personal fireworks once and for all and replace it with a municipal fireworks display at a local venue - OCC, Estancia Stadium or wherever.  Gone would be the veil of "safe and sane" fireworks behind which the illegal fireworks are fired-off.    Gone would be the campaign contribution by fireworks distributors.  The "it's all about the kids" argument would be rendered moot, since "the kids" would get money from what would certainly be a reliable source - the Medical Marijuana "patients" among us.

But, no - Monahan screwed that up for us.  For whatever reasons, he botched his scheme up and it's possible we will now be subjected to yet another enterprise in this city - like the infestation of rehab homes - that make young families think twice about settling down here.  Nice going, Gary...
The Pot Stirrer at 9/18/2014 12:46:00 AM
Share