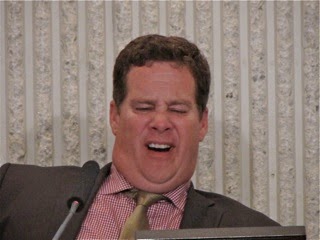 On Monday, September 22, 2014, during its regularly-scheduled meeting beginning at 6:00 p.m. in City Council Chambers the Costa Mesa Planning Commission - led by ever-alert and dynamic Chairman Jim Fitzpatrick -  will introduce the long-awaited Group Home Ordinance as Public Hearing #1 on the agenda.  You can read the entire agenda HERE.

The 137-page staff report for the new ordinance and related attachments, including a 20-page draft of the ordinance, may be found HERE.  Bradley Zint's Daily Pilot coverage of this subject in anticipation of the meeting Monday is HERE.   It appears that the staff report will be presented to the Planning Commission by Jerry Guarrancino, who until last week was Acting Assistant Development Services Director, filling in for Claire Flynn during her recent absence.  Guarrancino, a highly-paid consultant, has shifted up to the Executive Offices in the 5th floor bunker at City Hall, where he will continue to work for the City in a management role dealing specifically with the facilities defined in this new proposed ordinance.

Zint's article describes, in part, some of the more controversial elements of the plans to rein-in rehab homes throughout the City.  He mentions TBON (Take Back Our Neighborhoods), a grass-roots organization that has been addressing this issue with the City Council and Planning Commission for months.  He also mentions the discrepancy between the City's official number of such establishments and those provided by TBON - which is nearly double the City number.  I suspect the discussion Monday night - which will likely begin very shortly after the Planning Commission meeting begins - will be VERY interesting, indeed.  I suspect we will see more than a few residents eager to speak on this subject.  We'll be there and will report back later that night.

Public Hearing #2, HERE, is the recommendation to the Planning Commission by staff to revoke the conditional use permit for RePlanet, LLC for their operation of a recycling facility in the parking lot of the Stater Bros. Market at 2180 Newport Boulevard.  The staff report contains a long list of violations plus correspondence from nearby neighbors of the facility.

18 UNITS ON HAMILTON STREET
Public Hearing #3, HERE,  is the Planning Application and Tentative Tract Map for an 18-unit residential development at 650 Hamilton Street.  It's going to be interesting to hear the rationale for the creation of this housing development. 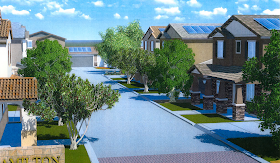 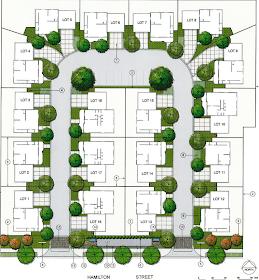 SADDLEBACK CHURCH MOVING IN...
Public Hearing #4, HERE, is a request for occupancy of a portion of 1901 Newport by Saddleback Church of Costa Mesa.  The staff is recommending approval for the use at that site - at the busiest intersection in Costa Mesa, the terminus of the 55 Freeway at 19th Street/Newport Boulevard. 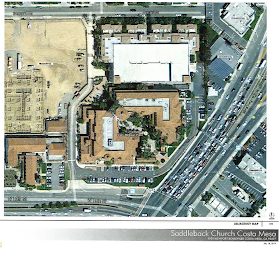 COULD BE A LONG NIGHT...

It's going to be a long evening at City Hall tomorrow.  See you there.